LIVING A NEW LIFE AFTER A BREAST AUGMENTATION 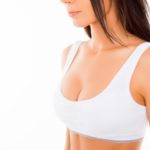 Unfortunately, not every woman in America can say that they are proud of their physical appearance and feel very confident about the type of body image that they have. There are several women who actually suffer with having low self-esteem and also are truly embarrassed of their body image. Matter of fact, according to USA Today, a study that was done in America in the year of 2016, show that there were more than 50 percent of young women in the United States who stated that they have low self-esteem due to the appearance of their body. Many women tend to constantly judge themselves daily on how their body appears. Because of what women see on social media and on the television screen, many women end up judging themselves based on the standard that is displayed to them of what beauty should appear like. Many women desire to have met the expectation of the ideal beauty of a woman, which happens to be perfect size breast and a thin waistline. If you have been experiencing a lack of confidence because of your body image, you may want to think about starting a new life with a breast augmentation.

Surprisingly, breast augmentations happen to become more and more common in the United States. Matter of fact, breast augmentations are happening all over the globe. More and more women are idolizing what they see on television and in magazines in order to have an idea of what beauty should look like. Unfortunately, the harsh reality of it all is that having fuller and perky breasts can make you feel youthful and beautiful. Having flattered and saggy breasts can make you feel more manly and also unattractive. Your lack of self-esteem can also negatively impact your entire life such as your personal life and even your career. Matter of fact, according to the Huffington Post, a study that was conducted showed that about four in five females in the country of Australia reported having low self-esteem. Also, the study showed how these women who reported to have low self-esteem also completely opted out and neglected participating in activities, social events and even their profession all because of how they felt about their appearance.

If you feel that your body image has completely restricted you from being confident and also living your life, you may want to think about getting a breast augmentation. A breast augmentation is a cosmetic surgery procedure that is done in order to enhance the appearance and size of your overall breasts. Many women opt for the surgery in order to improve their body image and restore their self-esteem. You can also take time to conduct a little bit of research on the internet in order to learn more about the various types of cosmetic procedures out there. You can take time to look up the terms at any breast augmentation bellevue wa.

Having a lack of self-esteem can consume your life. Not only can it cause you to experience several negative situations, but it can also stop you from being the best of you. Take time to consider improving your body image with a breast augmentation, in order to begin living a new life and a new you.

Relieve Your Asthma Symptoms Today With These Handy Tips