Making The Right Decision Of Labor Or Abortion After Rape 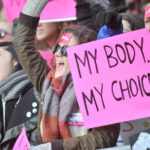 Ever year in the United States, there are millions of women who become pregnant from being raped and sexually assaulted. According to information from RAINN, statistics show that every 98 seconds in the United States, an individual is sexually assaulted. Statistics have also found that on average, there are about more than 321,500 innocent victims of both rape and sexual assault annually in America. Interestingly, studies have also found that the younger people in the country are at a greater risk for facing rape and sexual assault. Studies show that there are more than 54 percent of sexual violence that occurs in people who are between the age range of 18 years old to 34 years old, 28 percent of them occurs in people who are between the ages of 35 years old and 64 years old, and about 15 percent of crimes of sexual violence that occurs in people that fall between the ages of 12 and 17 years old. The ages of 12 to 34 years old have been shown to be at the highest risk for both rape and also sexual assault. If you or someone you know has been a victim of rape and is now facing pregnancy, you may need to receive professional counseling services in order to make the right decision for yourself of labor or abortion.

There are many instances that that cause women to be forced with having to make a decision that can change the rest of their lives. Having a child is a big decision that can either be beneficial to your situation or can hurt your overall situation, which can also even cause harm to your child in some cases. Referring to the American Life League, studies show that there were about more than 56.5 million abortions conducted in America between the years of 1973 to 2013. There is an average number of about more than 1 million abortions every year in America. Since the year of 1965 there were more than 11 million women who turned to some form of birth control to prevent unwanted pregnancies. Unfortunately, not all women turn to birth control, as some women choose to remain abstinent.

Unfortunately, there are those innocent victims who end up being sexually assaulted and are not currently taking any form of birth control, leading them to a pregnancy. Many women, even children who have been sexually raped or assaulted and now pregnant are left undecided on what to do. Having a child can change their life and the child’s life for the worst in some cases, which leaves them to make the decision of having an abortion. Some people dealing with an unwanted and unplanned pregnancy are unsure of what to do and need the help from a professional counselor. If you are someone who is in this position, then you may want to consider getting help from a counselor who can help you sort out your issues. You can find your nearest pregnancy counseling Hialeah FL counselor.

WHERE TO BUY FORBIDDEN FRUIT STRAIN FOR SALE

A FISH MARKET NEAR ME

A Cooling Yoga Flow for Summer